Great Britain, the United Kingdom and the British Isles cannot be used interchangeably, as they refer to different boundaries and include different land masses. 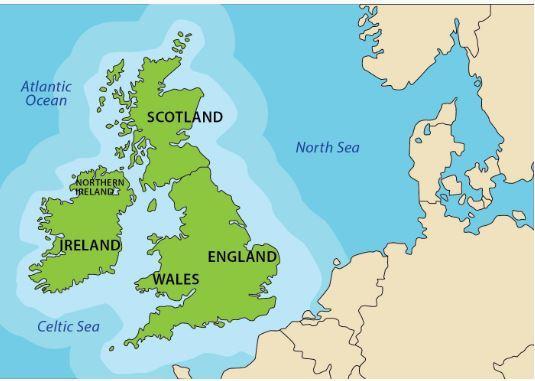 Great Britain
This is the official collective name of England, Scotland and Wales and their associated islands. It does not include Northern Ireland and therefore should not be used interchangeably with ‘UK.’

The British Isles
This refers to the islands of Great Britain and Ireland – including the Republic of Ireland – and the 5000 or so smaller islands scattered around our coasts, such as the Channel Isles and Isle of Man. This only refers to geography, not nationality, and while the Republic of Ireland is part of the British Isles, it is a separate and independent country and its people are not British.

To find out more, watch the PowerPoint:

Your task is to draw your own map of the UK, labelling the countries within it (England, Scotland, Wales and Northern Ireland).

You then need to do some research to find out the capital cities of each country and label them on the map also.

Once you have finished that, find out where some of your extended family members or friends were born. You might find out some really surprising places! Any that were born in the UK you can add to your map.

If you don't have many family members/ friends who were born in the UK, find out where some of your favourite celebrities were born instead.

Don't forget to send in your work!

Need some help with drawing?

You can use this outline of the British Isles.