Today, we are going to begin writing our newspaper reports using our plans. We will layout our newspapers correctly and write the first paragraph.

Begin to layout your newspaper. Use the template below to help.

You can edit the template on your computer, print it out or draw your own on a piece of paper. 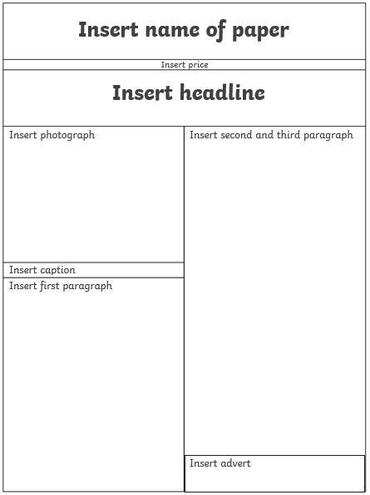 Write the the name of your newspaper, the price and the headline.

You can then add a photo/ draw a picture (Don't forget to add a caption underneath explaining the picture.). 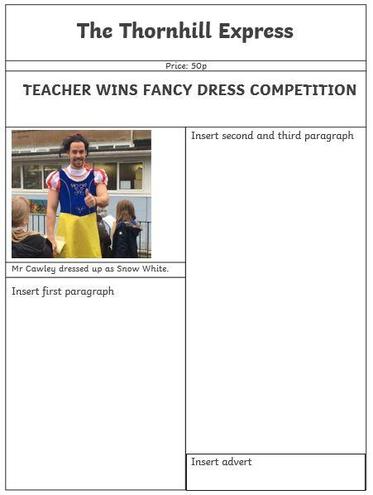 Now we're ready to write our first paragraph. There are two main things to remember:

1. Tell the whole story in the first paragraph

The opening paragraph should be concise and explain the full story in as few words as possible. Even if someone reads no further, they should know what has happened.

A man has won the Fancy Dress 2020 Award dressed as Snow White. Mr Cawley, a primary school teacher in Southampton, arrived to school yesterday dressed as the fairy-tale character in order to surprise his students. However, it was Mr Cawley who ended up surprised after he scooped up the £1000 prize money.

Everything the reader needs to know has been said in the first paragraph.

What happened? A teacher won the competition.

Why? Because he was dressed as Snow White.

Anything else to include?

Don't worry too much about adding speech just yet.

However, make sure you are adding at least one conjunction into your work. Check previous learning for help with conjunctions.

Now you have a go. Make sure to write it in the correct column: 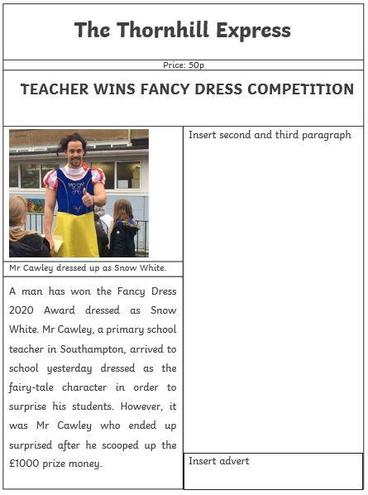 Still need some help? Check out some more examples or drop us an email.