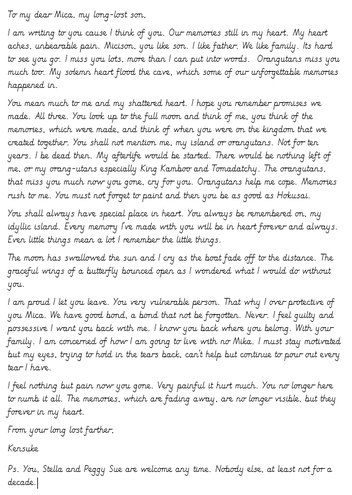 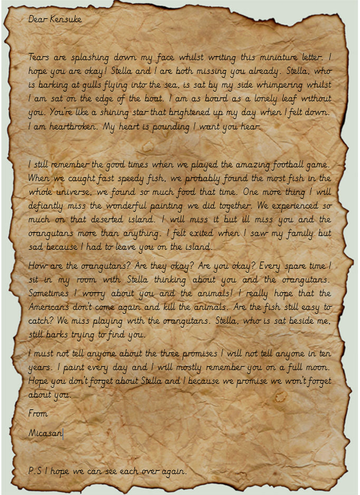 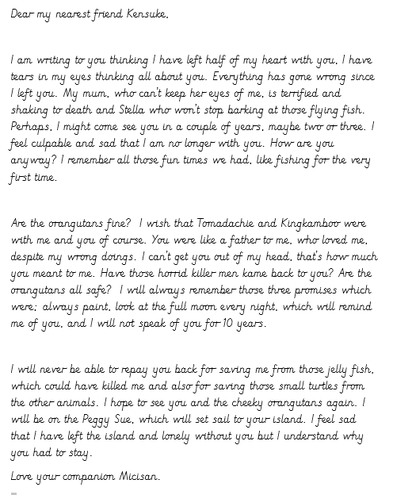 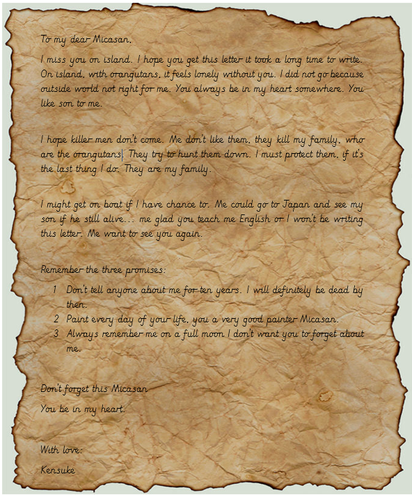 As the children’s beloved grandmother opened the tattered book they began to get comfy in their childlike room.

“Listen very carefully as this is a legendary story to our family,” whispered grandma in a soft voice, while looking towards the ceiling.

The grand children moved closer to the oil lamp, as they couldn’t afford a light, to see the pictures that grandma said may have some people who look familiar to them.

And then the tale, with a twist, began...

Once upon a time, in the enchanted forest-where the snow was like a blanket- lived a beautiful princess, who was named Belle. She sat alone in her room looking around at the frayed memories of her childhood. As she heard thumping noises get louder, her sister, who was kind and caring, rushed through the door. She looked startled.

“What’s wrong?” Belle questioned while breathing heavily, “Are you ok?”

Belle knew she was about to be told bad news so she tried to keep herself together but her heart sank and a vein felt like it was pulsing in her head. Crystal looked forlorn and as she had began to explain that their beloved mother, who they both had a strong bond with, was not well and was dying of a frozen heart.

Belle had streams of tears running down her rosy cheeks: her heart stopped. Belle was so shocked by the news, she felt like she just wanted to be left alone to whimper. However, she knew she HAD to see her mum. Belle knew that if she wanted to see her mother she would need to get there at breakneck speed.

Olaf, who was Belle’s best friend, asked Belle if there was anything he could do to make her exuberant again but Belle said that there was nothing he could do. However, she didn’t mind if he wanted to come with her. Belle rushed through the door so that she could see her exquisite mum, possibly for the last time.

They finally started their mystical journey, but something just didn’t feel right. The sun began to set and the journey became full of a deafening silence. Lurking in the wearisome darkness an unknown man appeared from what seemed like nowhere. Menacingly, an evil laugh echoed from tree to tree as a shiver was sent down Belle’s spine. The mysterious man began to get closer and closer and closer...

Belle began to get worried and her palms began to sweat, however she knew she had her enchanted rose and if she were to pick a single petal off the magical object she could escape from whatever would happen. She still had an inkling in her that she just wanted to go but her mum was 100% more important.

“How much longer?” Olaf questioned, while trying to annoy Belle.

“Hopefully not long!” Belle replied, while twisting her hair.

Belle, who had beautiful rosy cheeks and a jaw dropping smile, didn’t feel as safe as she longed to and as that thought paced through her head the tattered man attempted to acquire her. She was in despise and shock, so she couldn’t proceed. All Belle wished for now was an event to happen. Belle finally pulled one of the blood-red petals off and as she blinked there was no sight of the man.

Belle and Olaf settled down but another vile event was about to happen. They just had a nerve telling them. Life threatening animals stood in front of them and any courageous, exuberant or congenial feeling they had would surely be gone by now. The eyes of these animals stared deeply into Belle’s and all she wanted to do was start to bawl and sob, but she had to keep a brave face.

Belle continued but with hesitation. As they got closer, suspense and tension began to rise and the deadly creatures were in a position where they were ready to pounce. This wasn’t an appealing event. All of a sudden, the dangerous animals pounced towards Belle. With blood gushing out of her face she ran away and she began to weep. She then carried on her journey as her number one priority was to see her remarkable mother. She would NOT give up!

Hours had passed of just walking but they nearly made it to their destination. They were now cheerful as they made it to the small cosy house her mother was staying in. The widest grin covered Belle’s face and as she got there her mother was nowhere to be seen. Terrible thoughts were in her head and she broke down in tears.

“That’s the end,” she started.

One of the children questioned, “Is that you?”

“Grandma, you have the same scar and name as her!” someone else shouted out.

“That’s why the story is familiar!” she replied while smiling.